I cleaned for several hours today. After my final task of mopping the kitchen floor, I took a deep sigh of "It is finished!" satisfaction and made my daily protein shake. As I eagerly anticipated sitting down to relax with my smoothie, I knocked it over while reaching for a paper towel, dumping probiotic and ground flax seed all over the freshly mopped floor, the kitchen cabinets, the counter, and me.

Protein shake everywhere! I would normally just make an "Ugh!" sound, but today I was feeling especially grumpy (because I was cleaning and I hate cleaning), so I said a "bad" word. John heard me and said, "It must be bad. You don't usually cuss." 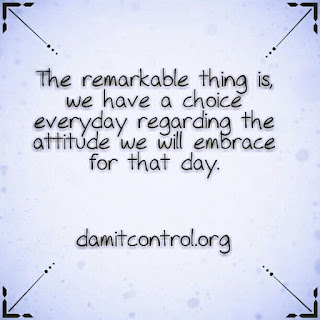 I hadn't chosen laughter quite yet.

What felt initially like an enormous mess and setback only took a few minutes to thoroughly clean up. Even re-mopping the floor wasn't that big a deal. Literally, within ten minutes I had made a new shake and thrown my clothes in the washer. But in that moment of, "I can't believe I did that!" it felt like a much bigger deal than it was.

This morning I accidentally locked myself out of an online account because I couldn't remember my password. I requested an email change from the website. I waited and waited and waited. The email didn't come. So I attempted to answer the security questions instead. It told me my answers were wrong. And one of the questions was my place of birth! I knew I didn't give the wrong answer. There is only one answer and I know where I was born! Nevertheless, my account was automatically suspended. And only THEN did it occur to me that the email might have gone to my spam folder. Sure enough, there was the email I needed with the temporary password.

If only I had thought to check my spam folder before I impatiently went on to the next option!

Of course, I couldn't get through to customer service by phone. It's a government site and I got nothing but a busy signal every time I tried. So I sent an email request. Then I got a reply telling me email responses can take up to three business weeks. Ugh.

Yesterday we went to an appointment we had to make five months in advance. It was a very long time to wait. But September finally arrived. And as we approached the building, the thought occurred to me, "I hope we weren't supposed to bring our passports with us." I rejected the thought. No way. Our passport numbers were in our application, which was already approved.

We arrived early, hoping we might be taken early for our interview. And, luckily, that actually happened! John was called back first. But I bet you can guess what happened next. Within a minute or two, he came back out saying, "Guess what? We were supposed to bring our passports with us for the interview." Ugh.

By the way, the account I managed to get locked out of today is the same online account I need to request a new interview appointment. Ugh. Ugh. Ugh.

I don't actually believe in luck. But if I did, I'd have to say I'm not having a streak of it.

The reality, though, is that my misfortunes are small.

Of course, like you, I have challenges bigger than a messy kitchen floor and a delayed appointment. But everyone has problems.

Not all of life's messes are cleaned up in five minutes like a spilled drink. But often what seems devastating or crushing or maddening on any given day will fade or disappear from memory in a few days, weeks, or months. So why do I frequently waste precious time dwelling on anything I can't control or fix?

Like everybody else on this planet, I have internal struggles that occasionally get the best of me. I think we are the most susceptible to self-condemnation on days when it seems as if we can't do anything right (however small our messes may be). Today was one of those days for me. I know MY mind has an auto-pilot for dwelling on everything I haven't been able to figure out how to "get right." Unfortunately, this default flight plan is actually a holding pattern that circles endlessly, using up fuel but not going anywhere. 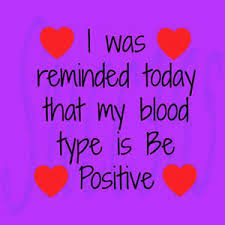 For me, the key that unlocks the holding pattern is gratitude. I am blessed.

I will not focus on what's wrong. I'll remind myself to focus on all that is right.

I won't focus on setbacks. I'll focus on the opportunity to live and love ... and clean ... another day.

As I was cleaning up the mess I made today, I consciously reminded myself how blessed I am to have a kitchen to clean and more ingredients to replace a spilled protein shake. Eventually, I'll get to that appointment WITH my passport. And I'll probably never give another thought to the waiting. 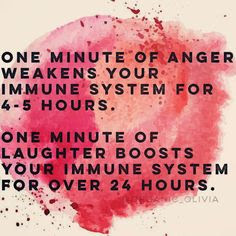 But if I do, I know I'll be laughing.

So, it seems to me, the sooner we move on to laughing at ourselves and our imperfections, the better off we'll be.

Sooner rather than later...

But better late than never.