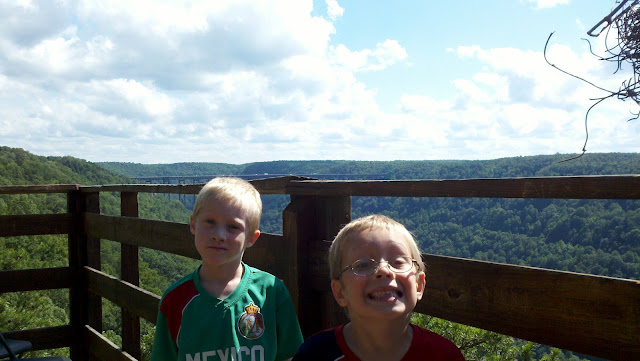 I think Joshua may have a future as an Olympic Gymnast after seeing this expression.
Life is back to normal after a weekend with the boys. I was exhausted Monday morning when they drove away. Three little boys require a lot of energy to keep up with. But it was fun and I was thankful for the time with them.

I made a taco and guacamole feast the night they arrived. Saturday we explored Glade a little bit, spent some time shooting baskets and playing at the arcade before going to lunch, having frozen yogurt and meeting up with Poppy John at the dealership. We then took them to see New River Gorge and had dinner at Pies and Pints. Sunday morning they went to church with us. And Grandma Shari took all three boys to the pool for several hours while their Daddy and Poppy John hit the golf course. We had planned to squeeze in some fishing at the lake, too. But both times Poppy John asked the boys if they wanted to go, they said they wanted to play Wii. I think they were just worn out. Fishing might need to be a morning activity next visit.

I was disappointed when we did not see any deer while they were here. I normally see deer every single day. And lately we've seen fawns everywhere, which I thought the boys would enjoy seeing as well. The fawns are the cutest. I was saying how disappointed I was that we weren't seeing any as we drove around and Danny said, "Had you never seen any deer in Tennessee?" I had, many times. We would see them walking around occasionally in our neighborhood. But I enjoy them more here. I think it's because of the setting. Instead of being in a subdivision, we are in the mountains surrounded by woods and nature. Seeing all the wildlife has been a bigger deal to me than seeing an occasional deer or wild turkey walking through a backyard in Mirabella. I have never been a nature girl. And I'm not saying that description would fit me even now. But I'm moving more in that direction. I'm appreciating the beauty of nature more than I ever have. 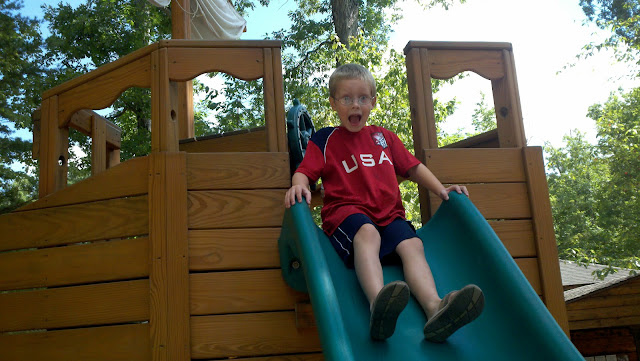 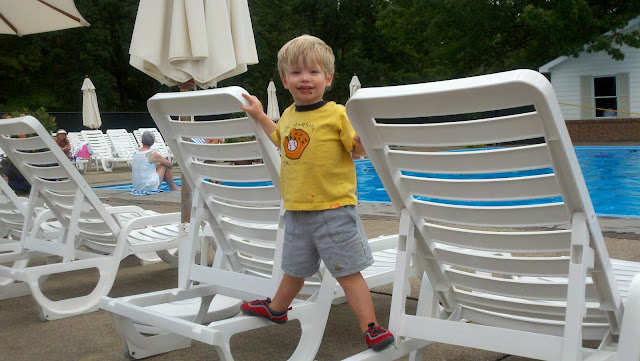 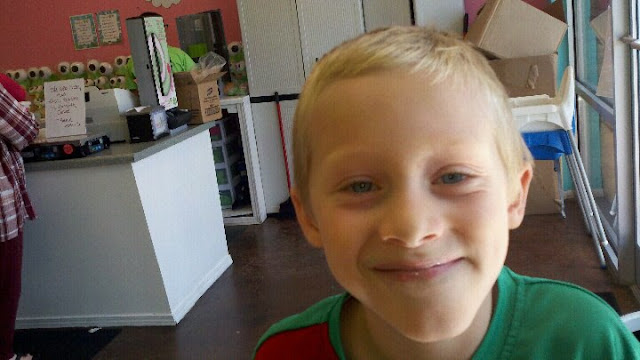 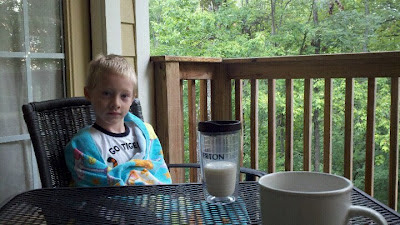 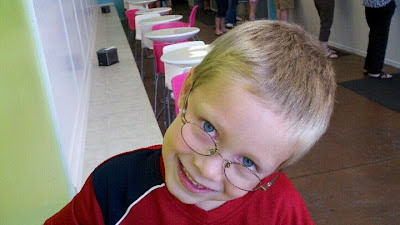 One of the highlights of the weekend for me was just sitting on the deck with Joshua early in the morning before anyone else was awake on Saturday. I had my coffee. He had his milk. And he gave me a brief synopsis of the garden of Eden, the fall, sin and our coming redemption. It was cute. He's a character.


My favorite Andrew quote of the weekend was when he walked up to someone and told them, "I'm Andrew. I'm the middle born." 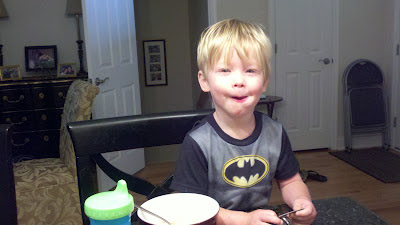 And then there's Batman...
aka King of the World...
aka Pax.

We are getting ready for more fun this weekend. We're going to see Charlie Daniels at The Parkersburg Homecoming Festival! It's been a while since we've seen Charlie and Hazel. So we are excited they are going to be coming through West Virginia this summer.

Next week I get to see my Aunt Jan and my cousins Sandie and Bonnie Jane! I haven't seen them in so many years and I absolutely cannot wait.

And one CLL item, in case anyone is still reading...
I don't know details yet, but John is going to be participating in some kind of interview about CLL with Dr. Flinn in September. I don't know if it's for the internet or television or what. I don't know if it's national or local. But I will let you know when I find out more!
Email Post