I did something last night that I rarely do. I went out with girlfriends for dinner (and left my sweet husband at home). There are several reasons I almost never do this. But primarily it boils down to one thing: I love being at home with my husband. As crazy as it may sound to some people, it's a bit of a sacrifice for me to be anywhere else when John is at home. It would be different, I suppose, if I were taking care of small children all day long and desperately needed to get out of the house to unwind and recharge with friends. But I have lots of time for myself and I frequently spend time with my friends by going to lunch. I have so many lunch dates, it's not uncommon for John to ask me (as he's leaving for work in the morning), "So, who are you having lunch with today?"

I'm also not very adventurous. I don't like driving alone at night. I don't like parking garages (especially at night). Come to think of it, I don't even like having to figure out where to park or how to get where I'm going. I like to be the passenger and let someone else "take charge" of getting us to our destination (and home safely). Most young women today are braver and more independent than I have ever been.

Yesterday was a lifelong friend's birthday. She is going through a divorce and her daughters were taking her out to celebrate. Another friend and her daughter were going also. And I decided to join them for dinner in Nashville. I called John yesterday afternoon and sheepishly said, "I'm about to ask you a question you don't hear often.... Would you mind if I went out with the girls tonight?" I told him it was Janelle's birthday and that was the main reason I wanted to go. John, of course, had no problem with it.

So I ventured out on my own, braving the dreaded parking garage, to celebrate and hang out with friends. And I'm glad I did. We had such a good time. The party was moving elsewhere after dinner and it was a little hard to be the only one leaving. Part of me wanted to stay. But I had a forty minute drive home and it was already after 9:00. I didn't want John to worry about me. He knows that I am not the most aware person, even in broad daylight. I knew if I stayed out late, he wouldn't be able to sleep for worrying about me getting home safely. Terra welcomed me to spend the night at her condo if I didn't want to drive later that night. But I think that would have been SO out of character for me that THAT really would have made John worry.

So I came home at a reasonable hour to find John waiting for me at the door. And whatever mixed feelings I'd had about leaving left instantly.

This morning I checked for any Facebook pictures that might have been posted by my friends after I'd left the party. And I found this... 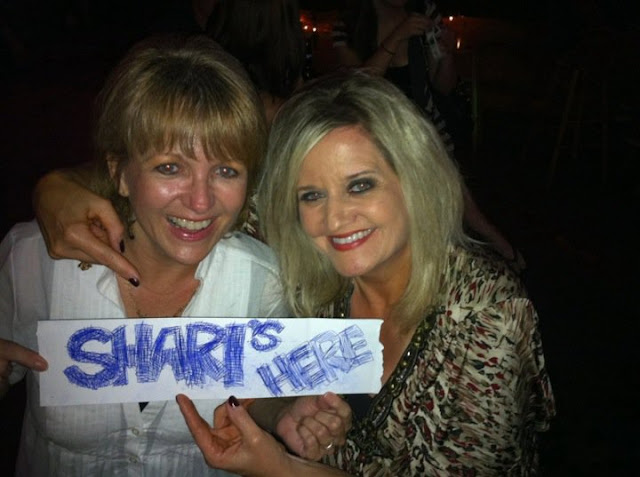 The caption underneath the picture said: "Shari Howerton where are you?" I loved it. What a nice way to let me know I was missed. Thanks, Friends! If the party had only moved to a location in the boro, I would have stayed out later. Hey, now THERE's an idea! Bring the party here next time and all of YOU spend the night at MY house! : ) Well, give me a minute to run this by John. (Ha!)
A few more pictures... 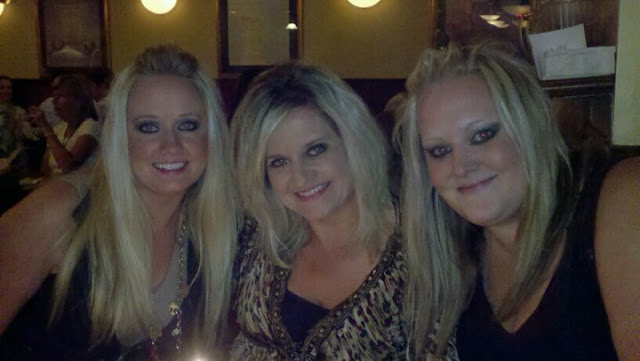 ~Janelle with her daughters, Jessica and Terra~
I don't get to spend time with Jess and Terra often, but I always enjoy their company. And Terra never fails to crack me up with her outrageous sense of humor. I really enjoyed getting to sit across from her at the table. 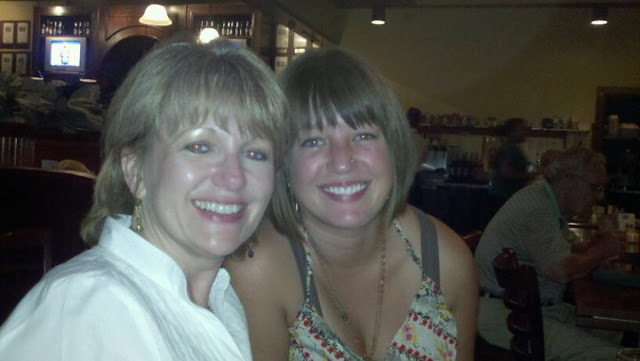 ~Robin and her daughter, Jackie~
I got to see Jackie for the first time since she was a little girl yesterday. She has grown into such a beautiful young woman -- inside and out! What a treat it was to spend time with her! 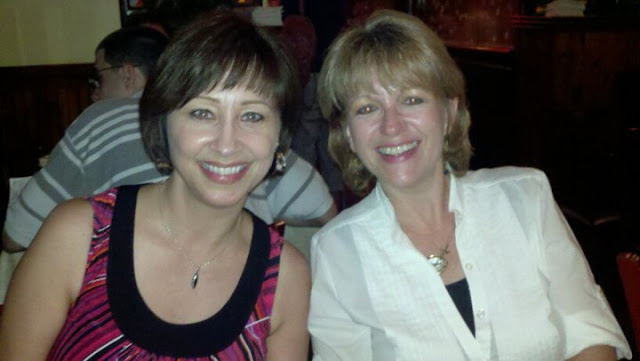 ~Me and Robin~
(Another one of my dear, lifelong friends.) 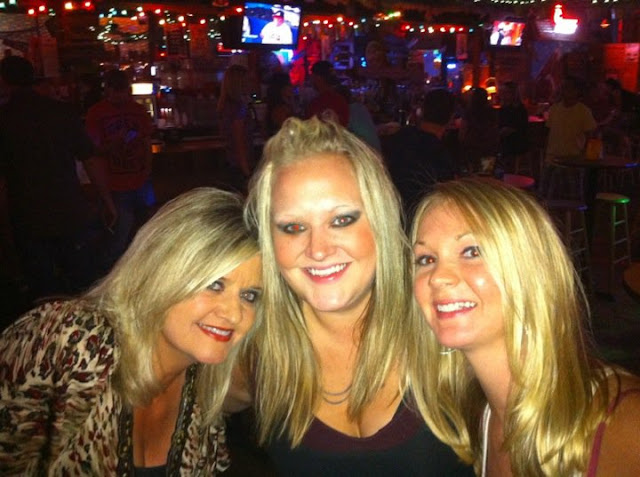 ~Janelle, Terra and Summer~
Summer and I are distant cousins. My mother was her grandmother's first cousin (their mothers were sisters). It was fun to see her. She is as sweet as she is pretty.
So, that's about as wild as this girl gets. Dinner at Demos in the big city of Nashville.
WooHoo!
I hope your birthday was special, Janelle. I'm glad I got to be a small part of your celebration. I love you.
Email Post