I will put my breath into you and you shall live again, and I will set you upon your own soil...(Ezekial 37:14) 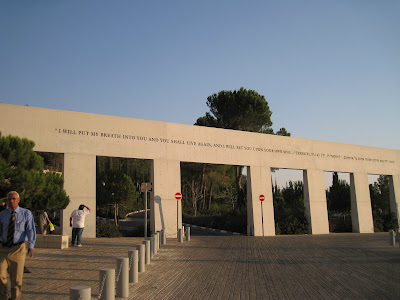 The Holocaust Museum was moving and emotionally draining. It's hard to read and listen to the stories; especially the ones about the children. But it is so important that the story be told. Our guide, Ronny, told us about his dad's survival. There were many exhibits that overwhelmed me, but one of the hardest things for me personally to see was a glass case filled with the shoes of men, women and children who had been killed. I don't know why that particular exhibit hit me so hard, but at that point I felt like I couldn't take seeing much more. I can't imagine having to live through something that is so hard to even look at and remember so many years after the fact. I read accounts of how many nations refused to allow the Jewish people to emigrate to their countries (including the US) even when it was known what was happening to them. And I felt like I could somewhat understand why the nation of Israel knows they cannot depend on the world to defend them. They have to be prepared for anything. 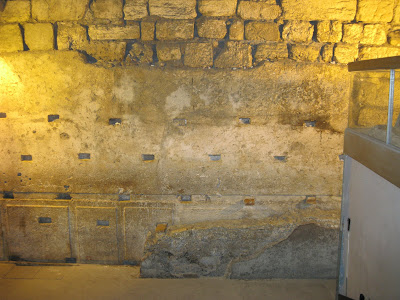 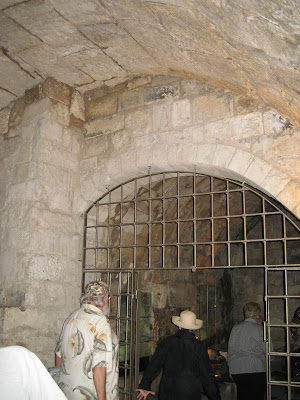 Our lovely Heather posed as Carol Merrill spontaneously just as I was snapping this picture. You can't read what it says, but it is telling about the vaults and arches underground from the Second Temple period.