Qumran
Over a period of years, there were more than 900 scrolls found in eleven Qumran caves. I believe this is the cave where the first of The Dead Sea Scrolls were located. 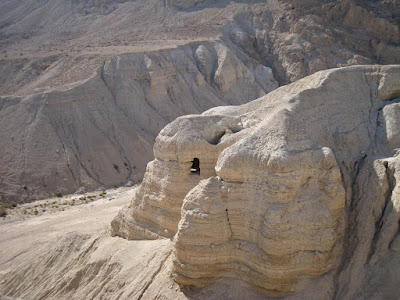 These are some of the ruins of the Qumran settlement. 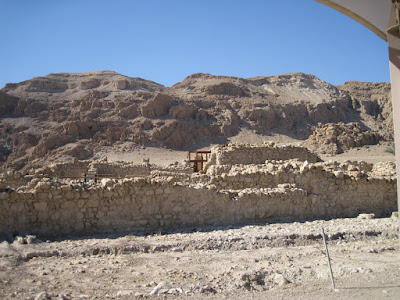 There is a wealth of information available on the Internet about Qumran and The Dead Sea Scrolls. So I will refrain from going into great detail about this site. A great site for information about many of these locations is BiblePlaces.com.

One of the most exciting things about the scrolls is that, prior to their discovery, the authenticity of Isaiah 53 had been challenged and some scholars believed that it was added after the time of Christ by Christians as evidence in support of Jesus being the Messiah. Scrolls with the book of Isaiah, including chapter 53, were found in these caves and they have been authenticated and dated back to the original writings from Isaiah. Some of the scrolls also authenticated the Gospel of John to the days of John the Baptist and Jesus. It was and is an exciting discovery.
En Gedi
Around 1000 B.C., En Gedi served as one of the main places of refuge for David as he fled from Saul. David "dwelt in strongholds at En Gedi" (1 Sam. 23:29). En Gedi means literally "the spring of the kid (goat)." Evidence exists that young ibex have always lived near the springs of En Gedi. We saw several of these mountain goats. 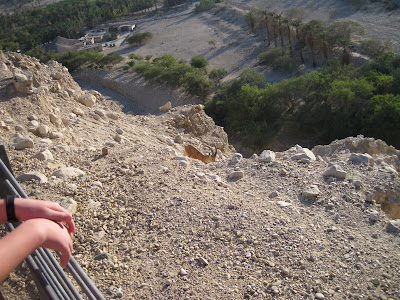 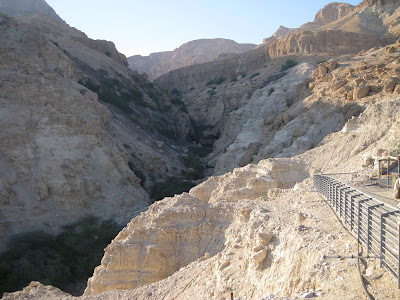 Looking back over The Dead Sea from the Desert of En Gedi. 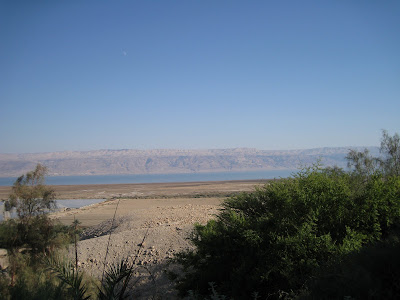 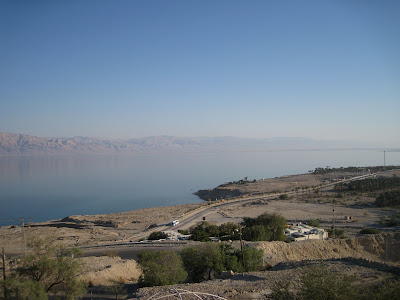 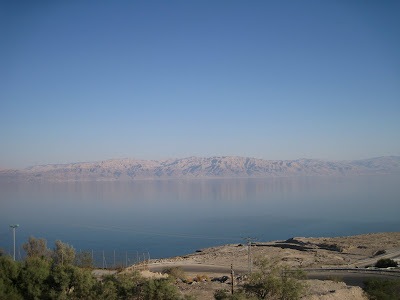 Arriving at our hotel on The Dead Sea... 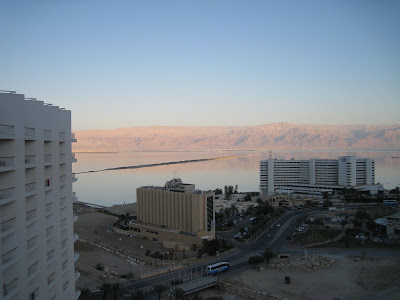 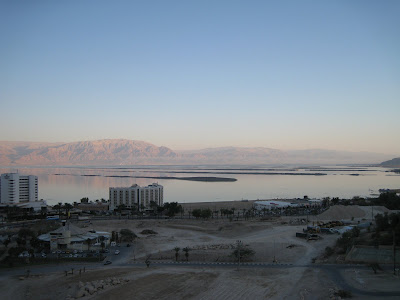 The first thing some of us did once we got to the hotel was to get changed and meet back in the lobby to go for our "float" in The Dead Sea. I didn't take my camera, but a friend of mine did and she promises to give me a copy of her group "float" picture. It was so much fun. We stayed in the water for only about fifteen minutes. Then we got ready for another huge buffet dinner.

All of my good friends will appreciate the following picture. I am known for loving to soak in a tub of hot water. I often read in the tub until I'm falling asleep. I have dropped books in the water because of this. And when John knows I'm heading for the tub, he will often caution me not to fall asleep and drown. We had some extra time the morning we checked out of our Dead Sea Hotel. We didn't have to be on the bus as early as usual. There was a great spa there and some of us took advantage of the services. But I just wanted to relax in my room. This was the first hotel that had coffee and tea in the rooms. It wasn't a coffee maker, it was one of those electric hot water pots. I am not normally much of a hot tea drinker, but hot tea sounded so good to me on this particular morning. I drank three cups while I soaked and relaxed. The hot water pot brought back memories of an old friend. I looked at the pot, sipped my hot tea and thought about this friend; how much I will always love and miss her. And I had to have a snapshot of this memory. I am not sure what John thought when I called out, "Sweetheart, will you come in here and bring the camera?" But he did. I have another picture of my toes from the island of Anguila when we went to St. Martin a few years ago (with the beach and the ocean behind my toes). That's kind of what gave me the idea for this "toe" picture. 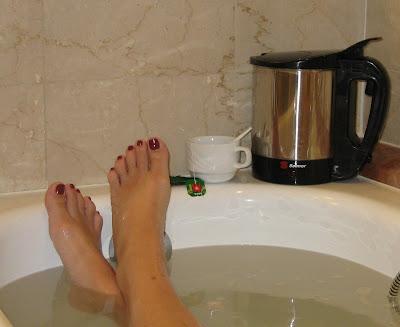 And I have to include this last picture as we left our hotel and The Dead Sea. There was a McDonald's in this location. It had McDonald's in Hebrew on one side of the rotating sign. I heard, from someone who went there, that it wasn't the same and it took forever to get your order. Personally, I really did love the experience of eating the foods of Israel and I had no cravings for anything from home while we were there. 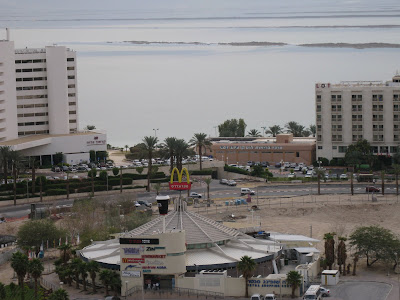