My Quest for Health 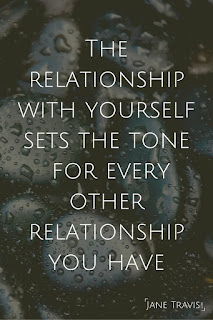 Whenever I have a conversation with someone about leaving an abusive marriage, I am asked the question, "After 27 years, what was it that finally made you leave?" I always explain that it wasn't one event that pushed me over the edge. It was a gradual process of becoming a more emotionally healthy person and changing my responses to abuse. So, if I absolutely had to pin it down to one key thing that led to my leaving, it would be facing my own dysfunction; not his.

As long as I regarded my ex-husband as unhealthy and myself as strong because I could take so much and still keep loving, enduring, forgiving, staying, I was "empowered" to suffer endlessly (suffering that did not glorify God) because it made me feel good and noble. That self-identity was very harmful to me. And it was only when my Christian counselor explained that there is God-honoring suffering but there is also suffering that does not honor God -- and that I was actually enabling UNgodly behavior through my responses -- that I began to contemplate NOT enduring what felt so wrong. Maybe God did NOT expect me to submit myself to being treated badly. Perhaps He was waiting for me instead of my waiting on Him.

Through four years of counseling and reading, I had to face and confront that I was part of the toxicity. My responses facilitated my abuse, kept the cycle going. It didn't make me responsible for the abuse. You do not cause someone to abuse you. So don't let anyone ever convince you it's your fault. But for me to finally respond differently, I had to learn that I too was unhealthy. Once I no longer felt virtuous through my constant "rise above" mentality, I had to do something to become healthier even if my spouse did not. That was the pivotal point in my life.

I will never forget my counselor telling me that in order to be emotionally healthy and change the way I responded to the chaos, I had to be willing to risk the relationship. It could go either way. But the odds were stronger that the marriage would crash and burn because it would be unacceptable for me to change; for me to rock the boat; for me to have value apart from usefulness and how well I met his needs on any given day. You see, I had to face the reality that I wasn't a person in the relationship. I was an object. I was accepted solely on his terms. I didn't get to have feelings. And to stay in the relationship meant that I accepted being treated like a table rather than a person.

Why did he treat me the way he did? Because he could.

Once I gained this knowledge, it was just not an option for me to stay the same. It was fine as long as I thought I was doing what a good wife does and seeing myself as strong and "the healthy one." But once I realized how my dysfunction contributed to the dynamic and I confronted that life-changing statement about "enabling ungodly behavior," it was no longer an option for me to stay in my role. And when I changed my responses, the heat was turned up exponentially, bringing the relationship to a rapid free fall. I knew I couldn't stay. But first I had to realize that I was worthy of respect and consideration. And I had to understand and believe that enabling someone to abuse me was not strong or noble or virtuous.

When that light was turned on for me, it changed everything. Because I could not willingly and knowingly choose to stay emotionally unhealthy. It was that choice that sealed the deal on my abusive marriage because change wasn't acceptable.

My ex-husband had no desire to look within himself for answers.  Instead, he blamed. He made excuses. He twisted my words and changed the subject to keep me off balance. I cooperated by blaming myself. Oh, there were a few brief moments of humility when he asked my forgiveness, acknowledging his role. There was one email in particular in which he said "you deserved better." But I had learned not to hang my hopes on those brief moments of humility. His need for power and control overwhelmed the tender side of his heart. And let me assure you, there was a tender heart underneath the jagged edges of his cruelty. That's what I focused on for all those years I willingly endured his abuse, hoping my devotion would eventually give me value in his eyes. It was the exact opposite. By the end of the marriage, he had zero respect for me (if he ever had any). I was too easy to keep. I was willing to give everything I had and expect nothing in return. I fought so hard for him that he didn't have to fight for me.

So I stopped allowing myself to be treated with such disrespect and complacency. And the relationship ended.

Relationships do not always end when one party makes this discovery and decides to be healthier. But in dysfunctional relationships, I am convinced that it has to get worse before it can get better. And you have to let it stay worse -- by detaching -- rather than rushing to do all the trying to make it better. I am more convinced than ever that one person cannot do all the giving and accommodating and expect to reach the goal of a healthy relationship. When someone pushes you away by demeaning you, and you pursue them in return, you are not on the path to a healthy relationship.

I recently read the book, The Road Back to You. I can't recommend it highly enough. I knew about the Enneagram previously, but have never studied it. I took the test and learned I am a 2 (the helper or giver), 9 (the peacemaker), 6 (the loyalist). I do not have all the traits of a 2. I actually discovered (to my surprise) that I'm a pretty healthy 2. But I identified as much with 9 and 6 as I did the 2. And not all in good ways, of course! I also have traits of the 1 (perfectionist inner self-critic) and 7 (the enthusiast). But I do not have the motives of the 7 (to avoid painful feelings).

If you aren't familiar with the Enneagram, what I'm saying isn't making much sense to you. But I hope you'll want to look into it; especially if you are struggling in ANY relationship.

I am on a quest for emotional health in 2017. I've shed a lot of codependency and the need to be liked and approved of by all. But I still fall into codependent behavior now and then. I'm insecure and I struggle to trust myself. Shame is a huge trigger after all those years of abuse. And I can be overflowing with self-doubt. I work to have value in relationships. I don't work for my value nearly as much as I once did. But that tendency is still there in my more significant relationships. And reading about what is healthy behavior vs. unhealthy behavior for each of my three top types (as well as the unhealthy traits of the other two I identify with) has served me in the same way my counselor's words did in 2002.

I don't want to be unhealthy even if it means I lose something or someone I don't want to lose. That is the first step on the path to a healthier me (or you).

One freeing thing I've gained from reading this book is that it's possible to really love someone and have incompatible personality traits. For instance, certain traits of a 4 and a 7 are just not conducive to enjoying each other's company. I thought about someone who I experience as a 4 (even though that's not their primary number) and how that person has experienced me as a 7 (even though I'm not). I am an optimist who looks at the world through rose colored glasses. And a 4 is melancholy and somewhat cynical. An optimist is annoying to a melancholy and vice versa. That in itself threw flood lights on for me. If that kind of struggle underlies other struggles, all the "trying" in the world may not make the relationship ideal. Acceptance is liberating.

Gaining knowledge like this is empowering for me. It helps me to just stop trying so hard and be at peace. I like who I am. But I can't expect everyone to like who I am. It's okay. I've had an epiphany. I don't want to change who I am to be more acceptable to someone else. I really do like who I am. I could not always have said this honestly. For much of my life, I DID want to change who I was to be accepted and loved by someone else. But not anymore. I probably cannot convey how BIG this is for me. Maybe for someone reading, too!

For nearly 27 years now, I have been exercising my body faithfully. I work out 5-6 days every week unless I'm sick. If I'm in a hotel, I find the fitness room. I started at 31 because I loved to eat (that has not changed) and I didn't want to add a few pounds with every year. I loved the difference I noticed within the first two weeks. When I first hit the gym, I couldn't ride a stationary bike for 5 minutes without burning pain in my thighs. I had never cared for exercise and PE was my least favorite class in school. But I pushed myself to go an additional few minutes beyond the pain every time I went to the gym, and it amazed me how quickly my muscles responded. I remember years ago (in my late thirties) when I was just curious how long I could ride my recumbent bike without taxing my muscles or my stamina and was surprised that at 1 hour, 45 minutes, I didn't feel taxed; just bored.

I have woven physical exercise into my existence for so long that I can't imagine not working out. I believe I am on that same path to emotional health. I want to "ride" against resistance with ease! I long for the day when I don't relate anymore to the old codependent me before I learned to retrain my thoughts and responses. I've gone through some challenges already this year and I have grown through them. So I'm actually thankful for them. Pain is not all bad. In fact, I don't know who I'd be without the painful struggles I've come through.

Self-care is healthy, not selfish. I'm in my infancy of believing that. But I am finally convinced. And I'm here to tell you, what you truly believe is what empowers you to go from crawling to walking to running in short order. I'm on my way.

I hope reading this might encourage you
to take care of you too.


*I have a specific friend in mind. If you're reading, sweet friend, know that I love you and I am here for you always.