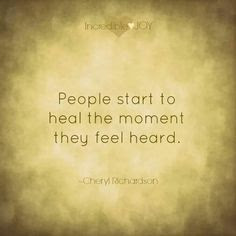 My next thought was, “Who has made a difference in my life that only they could have made?” And there was one person who came instantly to my mind. My former sister-in-law.

We were married to brothers for 27 years. During those years, there were times when our husbands had issues with one another and times they weren’t even speaking to each other. But she and I always got along.

When my marriage ended in divorce, I was sad to also be divorced from a family I had loved for decades. I still wanted my sister-in-law in my life. And I would have loved to continue being an aunt to my nephews by marriage. I only wanted to divorce the man who abused me. But my ex was an extremely divisive person who drew lines and expected loyalty. I knew there would be unspoken pressure on my sister-in-law to withdraw from me. My ex actually had the audacity to text me after I was remarried, ordering me not to communicate with any of his family.

But when my ex-husband passed away suddenly in 2011, the only obstacle standing in the way of our continued friendship was removed. And we resumed contact.

In 2012 I began exploring the possibility of writing my second book. My former sister-in-law told me she had seen me post on Facebook about it. I wasn’t sure at that point if my cathartic writing would culminate in a finished book, let alone a published book. But the memories were flowing. I trusted her and offered to share my first two chapters in their rough draft form.

When you write about painful truths, as I have in both my books, you make yourself vulnerable to criticism. You have to endure being attacked by people who don’t want the truth to be told or (as Jack Nicholson once said) can’t handle the truth. People label you in ways you don’t deserve. And you anticipate being called a liar by someone.

For anyone who highly values truth, as I do, there is nothing harder than accepting the reality that someone who should know you better actually believes you would even consider writing lies in a book.

I didn’t know with certainty if she would believe how badly I had been treated during those 27 years. But I knew she was a trustworthy person. And I believed she genuinely cared about me. So I decided to risk sharing my writing with her, chapter by chapter, as I recounted memories going back to before we had met. I reasoned that even if I was not fully believed, at least I would have had the opportunity to be heard. And being heard is a big deal to any victim.

After reading the first two chapters, my sister-in-law responded with such compassion. She wanted me to know that they (my in-laws) had no idea I was being treated so badly. They had only heard the skewed versions of our life that he had told them. It did seem odd when he would show up unexpectedly without me. He would often leave as abruptly as he had come. And they knew he had a dark side. But what I was sharing with her was beyond anything she could have imagined. It was important to her that I knew she was not treated abusively by her husband. And she told me she was sorry for buying into the lies she was told. Not her fault, in my opinion. We lived hours away from each other. She couldn’t have known how abusive he was based solely on his difficult personality. But she remembered also being the butt of his stinging jokes and sarcasm at times, and how uncomfortable she was. She dealt with it much the same way I did; by taking it in stride. The only difference was that she saw him occasionally and I lived with him daily.

I couldn’t have confided in her back then for obvious reasons. And I was careful what I shared with my own family for a whole different set of concerns. Avoiding undesirable repercussions was a continual focus for me.

However, a whole new bond was formed between us (for me anyway) through my sharing and her empathetic responses. Her confidence in my honesty and encouragement to keep writing meant more to me than she could have imagined. But I think it even meant more to me than I could have anticipated. Sharing my deeply personal journey and receiving the kind of feedback she consistently offered was both healing and empowering as a woman and a survivor of abuse.

The need for affirmation is strong in someone who has endured many years of emotional and verbal abuse. One of the most painful aspects of my abuse was having my character, my heart, and my motives continually questioned and/or crucified. Malicious and hateful intentions were assigned to me in every instance of conflict. So I became a person who felt the need to chronically explain myself in the hope of being understood.

Years of this abuse results in scars that may fade over time, but are always faintly there. Those scars are partly why I tend to over-explain myself to this day.

After reading each installment (which she acknowledged as quite painful for her to read), she would consistently close with this sentence: “Keep on writing!” She assured me I was going to help someone, which was the primary goal of my writing. I was so comforted and reassured that she knew I wouldn’t make up lies.

S., for your love and friendship, your compassion, your support and encouragement, I just want to say thank you from the bottom of my heart. Even though we are separated by many miles today and mostly communicate through email, I feel closer to you than during all the years I was still an official member of your family. 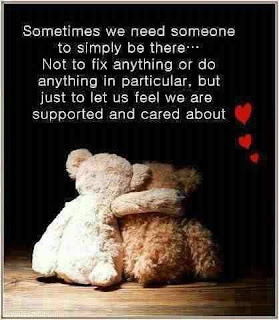 You could have walked away and shown no interest in me or my struggles. I’m sure it would have been easier. But you cared enough to want to know my heart and my pain. To do that, you had to be willing to open your heart and to feel pain that wasn’t your own.

Many people choose to look away from the suffering of others rather than to take it in and be immersed in it – even through reading a book. Many people don’t want to be burdened or stressed beyond their own problems.

You are not one of those people. And I’m grateful to have you in my life.